Lover of Humanity.Fan of the Underdog.Purveyor of Fine Ordinary Moments

Intelligent, classy, poignant, versatile, sincere - all words that have been used to describe my acting and singing style. My voice - warm, believable and accessible. I make a great mom, teacher, doctor, lawyer, therapist, best friend and wife. I’ve played over 300 performances as Titania the powerful but susceptible Fairy Queen (the mom of all fairies!) from “Fools in Love,” the musical adaptation of Shakespeare’s “A Midsummer Night’s Dream.” The Lutheran mom-with-a-heart-of-gold but high-strung Karin in several Equity National Tours of the musical “Church Basement Ladies." The cutthroat, out-for-justice Attorney Andrews in the feature film “Diamond Ruff.”

But in my heart of hearts, I know I am really a character actor trapped in the body of the attractive-enough but non-threatening Midwest clean cut next-door neighbor! I have a quirky, sometimes dark or off-beat side lurking beneath my squeaky-clean surface. I’ve also been described as mysterious, quirky and unexpectedly bold. (I’m not afraid to “go there.”) Through this dichotomy, I’m led to create some great comedic and dramatic roles, such as the foot-fetishizing, newly-self-proclaimed lesbian in Harry Kondoleon’s dark theatre comedy “The Houseguests.” The sadistic, psychopathic hillbilly Auntie Dote in Joel Forrester’s dark satirical musical “Fascist Living.”

I love my double life because it allows me to tell the stories I most want to tell. As a performer and as a director and writer, I seek to help to give voice to the people who've not been able to tell their story, either because they've been oppressed or overlooked. To shed light on inconvenient but crucial truths. To bring the elephant in the room out of the shadows and into the light so that understanding and potential movement can occur. I have a soft spot for the seemingly ordinary moments and people in life: the underdog; the unsung heroes; the quiet, small moments that can sometimes hold a lifetime.

It's my mission to collaborate deeply and bravely to create stories that inspire, educate, elicit, and evoke. To give voice to the voiceless and help the invisible to be seen. To wake people up so that they may embrace the duality of their lives to live life more fully and authentically. 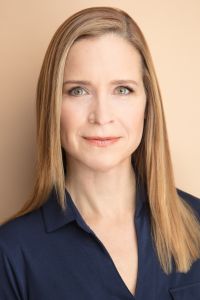 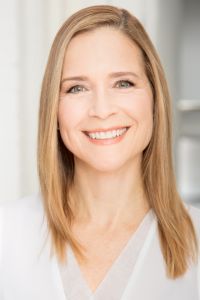 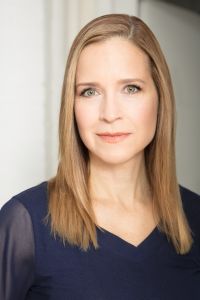